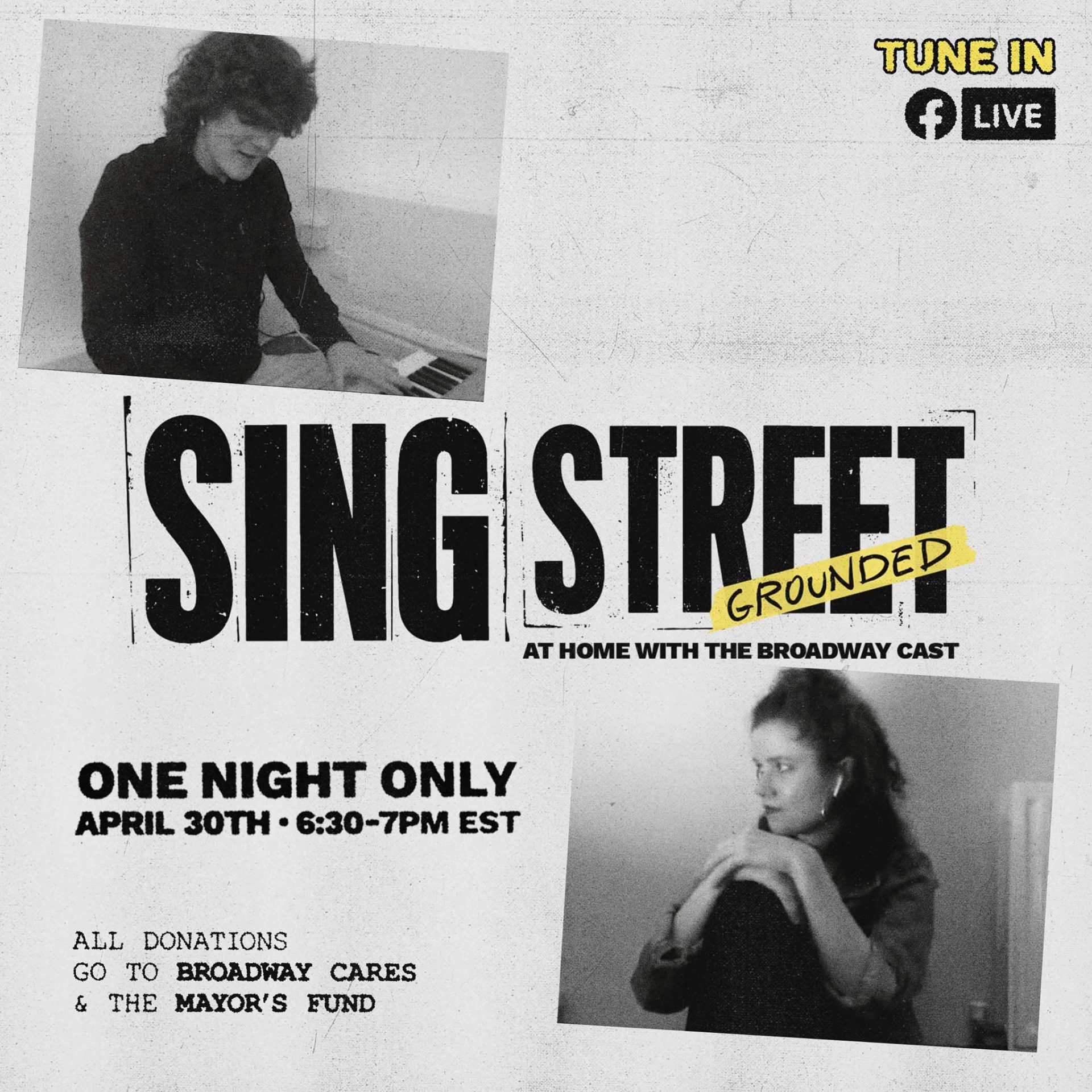 To show their support to the COVID-19 first responder and essential healthcare workers and the charities assisting the theatre community, the cast of Sing Street present Sing Street: Grounded – At Home With The Broadway Cast. It’s a chance to see the young cast perform some of their favourite scenes and songs to benefit The Mayor’s Fund to Advance New York City and Broadway Cares/Equity Fights AIDS. The performance of select songs will be on Sing Street Broadway’s Facebook Live on April 30 at 6.30pm (EST).

“During this time of crisis, I’ve been moved watching the cast and creative team put this together in order to do something charitable for the community,” said producer Barbara Broccoli. “They have come up with a very ambitious and unique version of the show, until such time that they can reassemble and perform the entire show on Broadway.”